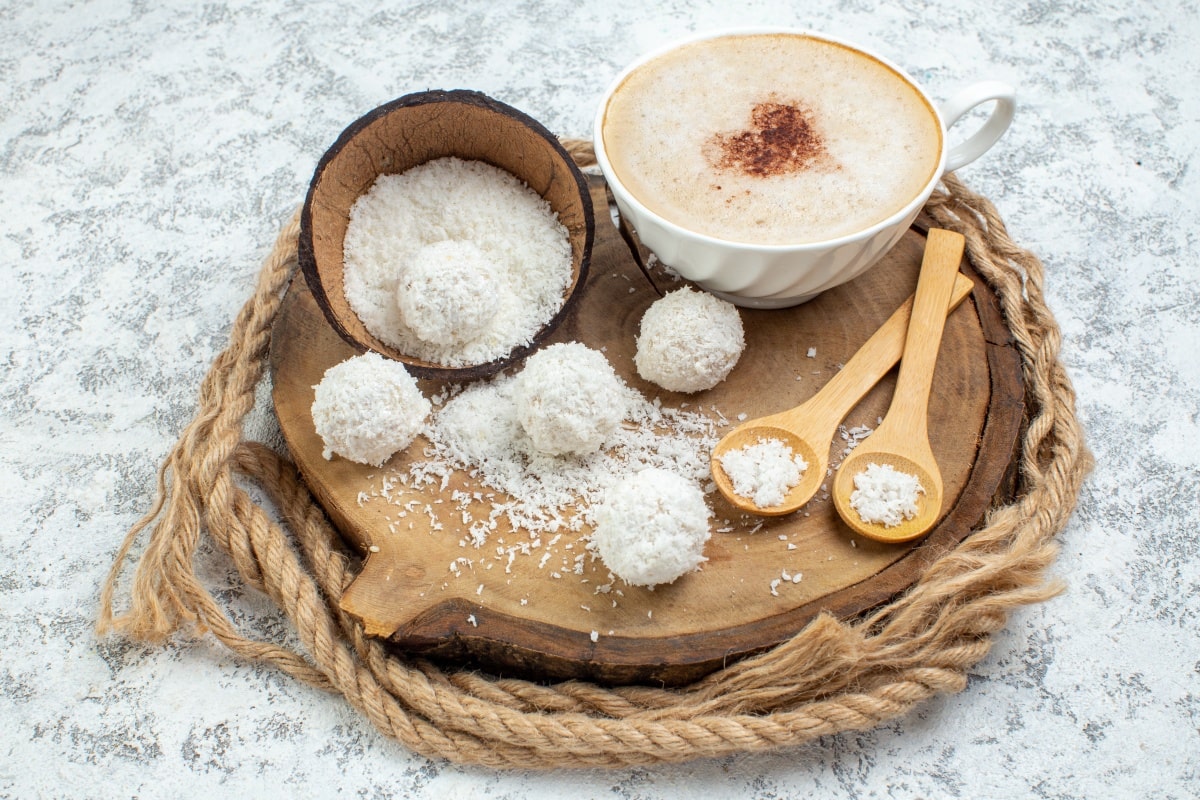 This popular Thai dessert is usually made with coconut milk, sugar, tapioca pearls, corn, lotus root, sweet potatoes, beans, and jackfruit as well as other ingredients. Each bowl usually contains starchy noodles that have been seasoned and coloured with various ingredients and can be cut into thin strips or come in more complex decorative forms. There isn’t a standard recipe to ruam mit recipe. Therefore each street vendor adds their own twist to the dish, hence you will not get the exact same dish from two different street vendors. This rich dessert is often consumed on a scorching day, topped with shaved ice. It is also one of the cheapest street desserts in Thailand.

Indonesian Kolak usually consists of a sweet base made from a mixture of coconut milk and sugar flavoured with pandan leaves, The main ingredient varies by variety, although the most popular forms use plantains, sweet potatoes, cassava, pumpkin, jackfruit, or tapioca. The fruit and vegetables can be eaten on their own, but they can also be combined to suit personal tastes. This simple, refreshing dessert can be served warm or chilled, and while it is traditionally offered during Ramadan, it can also be enjoyed any time of year.

This is another popular coconut desserts in Southeast Asia. This chewy rice cake is made from toasted glutinous rice flour and grated green coconut, that is slowly cooked in coconut milk. The mixture is cooked until it reaches a soft pliable consistency that is shaped into cylinders or triangles before each cake is coated in rice flour. Espasol is a local delicacy of the Laguna region, where it may be found at restaurants, supermarkets, and street vendors.

Kheer, one of India’s most popular desserts, is usually made with white rice, milk, sugar, and a few dry fruits. But who says you can’t play around with it a little to make it even more delicious? This kheer combines coconut, coconut milk, and coconut cream, as well as a variety of aromatic spices like fennel powder, cardamom powder, and cinnamon powder.

It’s a simple dish comprised of sago, coconut milk, and Gula Melaka syrup that has such a refreshing flavour that you may eat two or three of them. The proportions of each component in this dish, however, must be exact. If you don’t, it’ll go from delicious to mediocre in no time.